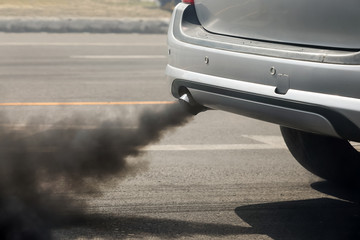 Do you know which component of your car determines whether the air-fuel mixture is too lean or too rich to burn? Which gadget manages the exhaust emissions? How the oxygen sensors have helped our environment from getting polluted by harmful gases?

To know all these answers, check out this article. In this article we shall read in detail about oxygen sensors and their importance in vehicles. Online auto parts are easily available and cheap to replace so don’t forget to visit our online auto parts portal. 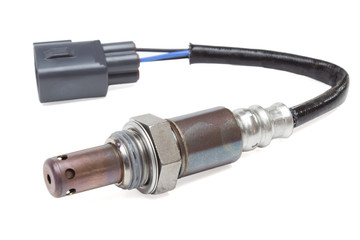 The question arises how are the emissions controlled? There is a sensor present in the emission control system of our car that feeds data to the ECU and it is called Oxygen sensor.

But why are we so concerned about these emissions? Well our engine’s compartment emits some harmful gases while burning the air-fuel mixture which might be too lean or too rich. These unburned hydrocarbons if exit the tailpipe, act as harmful pollutants for our environment.

So, oxygen sensors turn their protective shields on against these harmful gases. They are important part of exhaust system and prevent the engine from working under too much pressure, thus keeping it healthy in the end.

But before moving further, do you know how to recognize rich or lean mixtures? Air fuel ratio’s calibration is pivotal to engine and its parts performance.

Rich air fuel mixture consists of too little air than required to burn the fuel inside the engine. Rich mixtures may produce more power and burn cooler but are less efficient. But rich unburned mixtures could cause pollution.

On the other hand, lean mixtures consist of more air than required in contrast to the fuel to burn it. Lean mixtures not only produce nitrogen oxides when burnt, but they also cause the engine to suffer severe damage and pre mature wear and tear.

The oxygen sensor detects this rich or lean quantity of air-fuel ratio. The data of air fuel mixture is sent to the engine’s computer which then adjusts the quantity of fuel being mixed with air in the engine compartment to burn accordingly.
Now let’s have a glance at some of the prominent symptoms of failing oxygen sensor of your car.

Symptoms of malfunctioning O2 Sensors
Check engine light’s appearance justifies everything. Check engine light could illuminate due to various reasons. The only thing to do is- visit a mechanic or a technician immediately to decode the information.

Are you visiting the gas station more often? If you are then there might be something wrong not with the fuel pump but with the oxygen sensor. Bad oxygen sensor sends wrong inputs to the ECU which thus gets confused and can’t detect what exact amount of air-fuel is to be mixed. So, it could end up burning too much fuel, which is why you are refilling your car’s fuel tank more than enough these days!

Misfiring of engine could be caused since the engine timing and combustion process won’t be controlled because of inaccurate readings of malfunctioning oxygen sensor.

Diagnosing a bad oxygen sensor
If you know how to use voltmeter or OBD Scanner tools then that tool will definitely decode the problem for you. If you don’t have one, you can order them online from any auto parts store like PartsAvatar.

There are certain applications that can be installed in smart phones to get the code read. Interesting isn’t it?

Replacing Oxygen Sensor
You can take help of your car’s manual. This will help you locate the oxygen sensor. It will be found in the exhaust pipe but it actually sticks out of it.

Now you will need a screwdriver to disconnect all the electrical connections. Now using an open end wrench, unscrew the oxygen sensor off the exhaust pipe.

Follow the owner manual if you have got just the wires with oxygen sensor to set up an electrical connection. After setting up the electric connections, plug them in.
Turn the ignition and check the scanner. There shouldn’t be any code appearing now because the problem has been solved!
Oxygen sensor is one of the easiest parts of your car to replace. There are various videos or detailed instructions available online. So, don’t hesitate on doing this job yourself.

We often blame it on catalytic converters of our car whenever something wrong happens with the emissions. Catalytic converters could use thousands of your dollars for replacement. So, visit a trustworthy mechanic and using Scanners or voltmeter, first check or decode the error, then take the necessary steps.

These manufacturers need no introduction. You can place your order easily at parts avatar’s online portal. You will be definitely convinced by our secure online gateways, superb customer service and fast shipping.

If you don’t know what auto part to equip, then don’t worry. We have auto parts experts who are always available to help you or guide you out. So, visit PartsAvatar Canada’s online Site and order Today!
By Auto Parts Geek - February 08, 2018
Email ThisBlogThis!Share to TwitterShare to FacebookShare to Pinterest
Labels: car parts online., oxygen sensor