Know the symptoms of worn out ball joints as you may start steering to the right or left unintentionally. 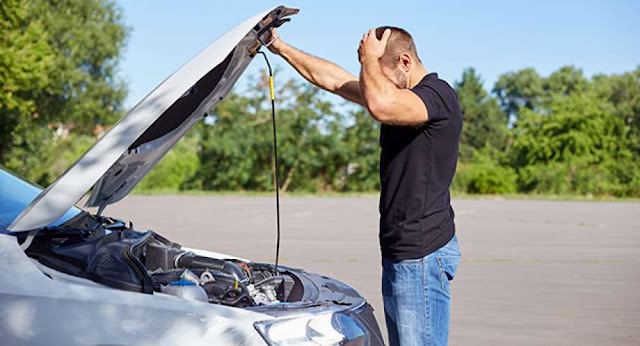 The ball joints are the important suspension system component that are spherical bearing in a socket whose main function is to connect the control arm of the vehicle to the steering knuckles.

In this article we will read about the symptoms of worn out front ball joints as they are responsible for the front wheels and suspension to move back and forth while driving. When a ball joint fails, the driver eventually loses control of the vehicle. So it is very important to notice damaging symptoms of a ball joint.

By ignoring this, you not only damage the suspension but also the other components of vehicle like axle shafts and brakes of car. Before moving further, let us read about ball joints and its types.

Ball joints and its types

A loaded joint carries or supports the weight of vehicle and a follower joint that positions control arm assembly or strut. These are designed to support the weight of the vehicle while providing hinge point for the steering system. They decrease the wear rate by centering themselves in their own sockets.

Symptoms of Worn out Ball Joints 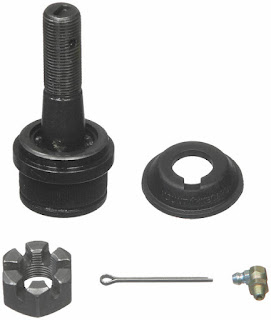 By turning and driving on rough or bad roads, a constant friction is created between ball stud and bearing which causes the ball joints to wear prematurely. Lack of lubrication and corrosion of joints can also increase the rate of wear. Let us read some other symptoms of a worn out ball joint.

Excessive vibration from the front of the vehicle

Excessive vibrations from vehicle’s suspension are also one of the common symptoms of worn out ball joints. The vibration may be felt from right of left side of the vehicle or sometimes even the steering wheel can give the feeling of vibration. The cause of vibration is loosened ball joints in the sockets and they vibrate heavily when the vehicle is in motion.

Uneven tire wear is also a symptom of worn out ball joint. Worn ball joints may cause the outer or inner edges of the front tires to wear faster than the tire tread. Worn ball joints also create cupping on the inner edge of the tire tread of car;s tire. Sometimes under inflated tire can also cause the side edges to wear at faster rate than the middle, so for this you may need to take a professional advice.

One of the most common symptoms is clunking noises coming from vehicle’s front suspension. Sometimes it is like a banging sound coming from the corner of the vehicle. You can hear these noises when the vehicle is going on a speed bump, rough road and potholes or around the corner. As the ball joints become loose in the socket they start to knock as the suspension travels up and down. Ignoring the noise may just add to the damage as by the time the sound will become louder and eventually the ball joint will fail and break.

So if we make a check list of factors that contribute in damaging ball joints is:

·        Over greasing that causes boot failure

Do not ignore the warning signs of worn out ball joints as they may break eventually. Ball joints may last 70000 to 150000 miles. Road conditions, driving, exposure to contaminants are the factors that affect lifespan of a ball joint.

It is advised to replace all the ball joints while replacing a worn out ball joint as it will be economically convenient and also better for suspension performance.
For replacing a ball joint, you can jack up your car from the side where the replacement is needed.

Now grasp the top and bottom of the tire. By rocking it in and out, you can configure which ball joint is bad.

If the ball joint is attached to the arm, then the whole car's control arm assembly should be replaced if the joint has worn out. You can take mechanic’s help if you cannot separate ball joints.

The replacement cost varies from vehicle to vehicle. They depend on year, make, model and even number of ball joints your vehicle is using. so, aftermarket parts can be taken into consideration if you want to shop for them. Partsavatar is one of the best aftermarket parts dealers that offer auto parts under your budget. take a look.