Your car may need Under the Hood repair and Maintenance. Get new under hood auto parts for cheap prices at parts avatar.

The Hood of a car is basically a cover over the engine. Its purpose is to protect car from thefts, damage of parts on the road. Hood is often called Bonnet in some commonwealth countries. Hoods are made out of steel, aluminum, fiber glass, carbon fiber, dry fiber etc.  The purpose of this article is to provide knowledge to its readers, related to hood, its opening and maintenance of parts under the hood. 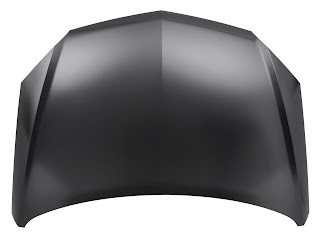 The hood latch handle is located below the steering wheel. Interior hood latch handle, hood latch assembly and hood release cable make a hood release system. A hood latch should shut the hood until you open it. However, if the latch gets stuck or fails to close, it would obstruct your view while driving. This will cause inconvenience or even accidents.

HOW TO OPEN THE HOOD? 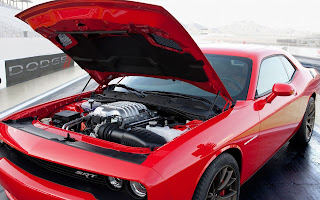 If you don’t know how to open the hood of your car, then you cannot do simple under the hood jobs such as checking the oil, coolant, transmission fluids, refilling windshield wiper fluids and checking accessory belts.
This job is not as complicated as it looks like. Though the location of hood may differ from one model to another, the opening process is pretty much the same. Following are the easy steps to open the hood yourself.

2. If the hood release is inside, press or push the hood release until you hear the hood pop open. The hood will open a little. You can open the hood all the way by pressing the safety catch. This
Safety catch usually prevents the hood to open unnecessarily and obscuring your vision while driving.

3. With one hand raise the hood as far as it will go. With the other hand feel along the area between the hood and the grill for safety catch.

5. It is fine if the hood stays by itself. If it doesn’t then look for a long metal rod to the underside of the hood and secure it by fitting that rod in the securing slot.
Your job is done.

While checking fluid levels or inspecting the battery, if the hood latch fails to close the hood or gets stuck, then you have a problem on your hand. If you are having trouble lifting the hood, here is the solution for you.

1. Pull the release inside the car and hood should lift a bit while remaining engaged to the latch. Now, find the latch underneath the hood and finish disengaging.

2. If the hood doesn’t move after pulling the release then you may need two persons to take action. One would pull the hood release lever and the other would press down the hood in order to free the latch.

3. You may find the latch by removing the grill.

4. When the hood opens, prop it to stay up and inspect the latch mechanism. You can apply penetrating oil to the latch if it is dirty.

5. If you are still having problem with the latch then you need to inspect the cable that leads to the interior. Lubricate the cable with aerosol spray.

6. If the cable shows the signs of fraying or wearing then it needs to be replaced.

7. Sometimes car hood may often start malfunctioning if your car got into an accident. So better get it checked by a professional.

UNDER THE HOOD CHECK

Checking on your car periodically can lessen the problems that lead to highway breakdowns. What you need to check regularly is things like coolant, tire pressure and hoses. For beginners, owner manual provide enough instructions for under the hood check up. You will be happy to know that it does not require any special tools. Grab your owner’s manual, go out to your car and locate each part while you read. When you do the checking you may find the coolant, transmission, oil, power steering or break fluid levels are low and fill them to the proper levels. There are some items that should be checked periodically. 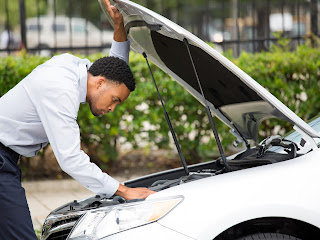 In the most new vehicles, the air filter could be found inside a rectangular box called cold air collector box. Air that’s scooped by the vehicle moves through an air intake tube into the air filter. Your owner manual would instruct you on how to get at your car’s air filter.

To check the air filter, just lift it out and hold it up to the sun. If you can’t see light streaming through it then drop it a bit bottom side down on a hard surface to jar some dirt loose. If you drop the filter a few times and it is still dirty, then you need to replace your air filter.
Air filter extracts dust and dirt particles from the air. So you should change it at least once a year.

The auto battery stores electric current that your vehicle uses to start and passes on the electricity to other parts of the vehicle that need it. It is subject to wear and tear and should be checked periodically.
Shut the engine off and disconnect the battery whenever you work on it.

Always remove the negative cable from the battery if you plan to work on the wiring under the hood. This will prevent you from damaging other electrical components. Even when removing and replacing both battery cables always remove the negative cables first and replace it last. If you remove positive cable first and your wrench slips, it can fuse arc welder.

Under the hood, take a look at car's accessory belt that drives the automotive alternator, the power steering pump, the car's engine water pump, the air conditioning compressor. If the belts give more than ½ inch when you press on it but otherwise in a good condition that it just needs to be adjusted.
If the belt is glazed, has oil or even cracks on it then it may need replacement.

Coolant helps the automotive radiator to cool the engine of your car. Always use 50/50 mixture of water and coolant rather pure coolant in cars. If the coolant has oily surface then take the car to mechanic to check for internal head gasket leakage.

Walk around the hood area and squeeze the hoses you encounter such as automotive power steering hoses. You can replace them if they are leaking, bulgy, soft or brittle.

Oil helps in reducing friction in the engine and runs it smoothly. When the engine is cold, wipe off the dipstick. Note how high oil film reaches on the dipstick and condition of the oil and add or change the oil as needed.

So these are some of the measures you can take while opening the hood and the parts beneath. It may save you from spending dollars on a mechanic .By following these you can easily maintain your car. Do visit our website partsavatar.ca that deals in best auto parts across Canada.
By Auto Parts Geek - March 12, 2017
Email ThisBlogThis!Share to TwitterShare to FacebookShare to Pinterest
Labels: accessory belt, air filter, alternator, auto battery, auto parts, car hood parts, car radiator, engine water pump, hood of a car, power steering hoses, repair car part