May the Divine Light of Diwali Spread into your Life Peace, Prosperity, Happiness and Good Health. Parts Avatar wishes Happy Diwali to everyone !!

Diwali
Diwali is the Indian festival of lights which falls on the day of ‘Amavasyaa’. On that day the moon does not rise and there is full darkness all around. You are aware that light is the symbol of hope as well as positive energy; it indicates the victory of good over evil. Lights are spread all over on the night of diwali. All the people are very excited about this festival, so they decorate their houses with diyas, electric bulbs, and much other decorative lighting. This is done to make the surroundings look beautiful and bright as they would be filled with colourful lights all around. 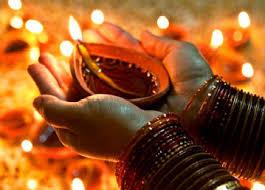 What is Diwali?
Deepavali- the name of this festival is self explanatory.  This festival is lighting diyas all around. Later on with the passage of time, ‘Deepawali’ became ‘Diwali’. This festival is also known as the festival of lights.  The reason behind this is that on this day the people fill their houses with diyas and beautiful colourful lights. It is celebrated in the month of October or November.  The legends which are connected to this festival are different for different religions. 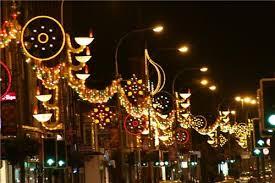 Legends of Diwali
The Hindu legends which are associated with the festival of Diwali are as follows:-
The most famous legend that is associated with this festival of Diwali is the legend of King Ram. Diwali is celebrated on the day when Ram returned to Ayodhya following 14 years of exile after defeating the demon Ravana. It was Ravana who abducted the wife of Ram, Sita. The people of Ayodhya were really very excited at the homecoming of the Lord Ram along with his wife Sita and all the people rejoiced by lighting up their houses and distributing sweets to each other. This tradition of lighting up the houses and sending gifts to the loved ones is still followed by all those who celebrate this festival. 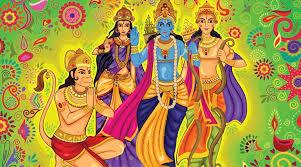 If we are talking about this legend, then on this day of Diwali, Naraksura was killed by Krishna. It is still believed that Naraksura had availed a boon of long life from Vishnu. He had no soft corner for women as he started assaulting them and started creating havoc everywhere. It is said that the Naraksura had requested Lora Krishna that his death should be remembered by everyone. This is the reason why this day is celebrated as Narakchaturdashi.

Devtas and Asuras were both fighting over nectar while churning the ocean and at that point Goddess Lakshmi was born. It was her decision to give the nectar to the Devtas. 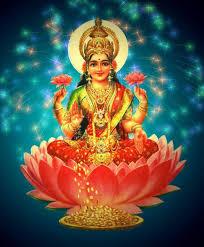 After twelve long years of exile, it is believed that the Pandavas returned to their capital Hastinapur and at that time the people lighted up the diyas.

On the day of Diwali, it is believed that King Bali was sent to Patala in Vamana avatar by lord Vishnu. The influence of King Bali was rising, so Vishnu asked him to measure maximum land with three of his steps. Just with his two steps, he measured the entire earth and heaven. He placed the third at the head of Bali and sent him to patala.

Initially diwali was celebrated as the festival of harvest. At this point of time the farmers in India reap their harvest and they worship goddess Lakshmi.
Importance of Diwali
Diwali is the main Indian festival and it brings a series of festivals along with it. We get a chance to celebrate five ceremonious occasions one after another. All the people irrespective of their ages celebrate this festival of lights with same zeal and enthusiasm. The people put on new clothes and participate in various activities that are related to Diwali celebrations. This festival involves lightings, crackers, cleanliness, and social gatherings to exchange greetings and sweets with their near and dear ones. The festival of Diwali is full of spiritualism and religious activities, involving worship of Goddess Lakshmi, Lord Ganesha, and Ma Kali. 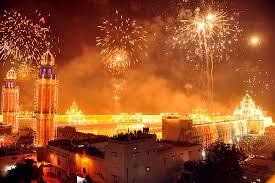