Is your car overheating or freezing due to low level of fluids? Ensure the well being of your engine by getting high quality antifreeze and coolants at Parts Avatar. 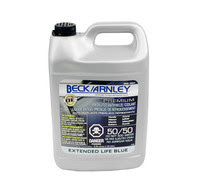 At low temperature, your car had been outside all day, yet it starts right away. Even at high temperatures car does not show the signs of overheating. This is due to the additive called antifreeze in the cars.  In this article we would study the importance of antifreeze or coolant in a car.
When your car starts to run hot, that indicates that the engine has started to run hot. When the car is running with the engine on and the temperature gauge goes up the risky level, then it is evident that there is some problem with the engine.

Antifreeze prevents a rigid enclosure caused from expansion and bursting due to freezing of water.
Careful selection of antifreeze can enable a wide temperature range in which the mixture remains in the liquid phase, which is critical to efficient heat transfer.

Sometimes words coolant and antifreeze can be a bit misleading. This is because same liquid can be referred to as coolant or antifreeze. Antifreeze or coolant is the colored fluid usually green or red in color which is found in your car’s radiator.  Radiators are normally filled with 50/50 mixture of antifreeze and water. Antifreeze also helps in lubrication as it lubricates parts it comes in contact with like water pump. Plain water is avoided as coolant because it could lead to galvanic corrosion of the engine.

WHY DO I NEED ANTIFREEZE?

Antifreeze is just what it sounds like it’s an agent that acts as a way to prevent your engine from freezing in cold temperatures. You need to ensure that you have antifreeze in your vehicle all time. You can a buy a gallon jug jar from an auto store to keep antifreeze in summers. You can store a bottle in your trunk.

Only change antifreeze when the engine is cold. if the car has just been running you can burn or crack the engine block or even the hot coolant can injure you. If the existing coolant is dirty or discolored, drain and flush the coolant with distilled water before adding a new coolant.

Most commonly used antifreeze solutions are mixture of water and either ethylene glycol or propylene glycol.
By having antifreeze with you, you can add it to your vehicle yourself if you see your levels running low.

HOW DOES IT WORK?

Antifreeze was developed to overcome shortcoming of water as a heat transfer fluid. Some engines have freeze plugs to avoid freeze damage to an engine.

Antifreeze has lower freezing point and higher boiling point than water. The antifreeze acts as an insulator. It increases the functional temperature range of your engine.

If you live in cold areas antifreeze keeps liquid in your engine running and stops the engine from freezing up.  In hot areas, antifreeze raises the boiling point of water to avoid quick evaporation of water.  For example, if mixed correctly, it can keep radiator fluid from freezing even if the temperature is less than 30°C below zero.  Even more, it can keep the same fluid from boiling at as much as 275°F.  Antifreeze can easily control water molecules.

Antifreeze cools the engine and carries heat from engine to radiator. With proper antifreeze, a wide range of temperature can be tolerated by the engine.

GREEN ANTIFREEZE
This traditional antifreeze is florescent in color and is made of ethylene glycol. It uses inorganic acid technology and contains silicate or phosphate to prevent corrosion. Its lifespan is near 36000 miles because corrosion inhibitors break down sooner. 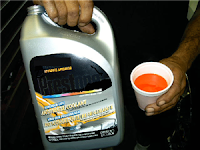 ORANGE AND PINK ANTIFREEZE
These antifreeze have been used since 1996 and use organic acid technology type coolants in engines. They help preventing corrosion. They have lifespan of about 150000 miles because organic inhibitors last long preventing corrosion. These should not be used in old vehicles that are made to use traditional green antifreeze.

TIPS THAT YOU CAN USE TO RUN CAR SMOOTHLY

1. If you are driving down the highway, you want to make sure that you don’t ride with the vehicle running hot for too long or that you don’t stay in a low gear too much if you are speeding. It may start overheating and to prevent that you may stop it at some point. Rather waiting for a big problem to occur, get it serviced right away.

2. Overheating issues and transmission problems are some of biggest reasons people go to mechanics and sometimes engines are very expensive to repair and replace, but there are some options. You can temporarily fix and rebuild your transmission by using older parts.

3. When you start your engine in the morning especially on a cold day, its important to engine management system that the engine gets warm as quickly as possible after startup.

4. If the coolant leaks, boils or cooling system needs to be drained, then make sure to check your antifreeze’s freeze protection.

5. When formulating the mixture, distilled water should be used instead of tap water or filtered water. This is because filtered or tap water has minerals like calcium and magnesium which leave their deposits on cooling system.

6. Do not combine above mentioned different antifreeze together in a situation of emergency. Better use pure water than this combination, and if damage has been done then take it immediately to professionals to get it flushed out. This combination of different antifreeze usually shortens the lifespan of the mixture, thus damaging the cooling system of the vehicle. This would clog the radiator and engine will become overheated. So avoid this hazard to happen.