Protect your car auto parts this winter from freezing. 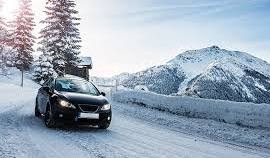 Driving can sometimes be a daunting task when weather is snowy. When your destination has low temperature, winter driving skills are especially critical. This article explains ways to deal with the sudden onset of the vehicle in extremely cold weathers. The following major components should be checked upon before driving in extreme winters.

Car cabin’s environment greatly affects a driver’s comfort, performance and fatigue. A seat that causes discomfort, a bumpy, freezing ride can make driver very unpleasant. Following should be kept into mind for better and conformable seat.

There are kits available in auto stores for better seats of your cabin. Cold temperatures like -25° C to -40° C make rubber hard and brittle. So, while opening and closing, doors could break and holes may be made in insulation. This will make it difficult to drive the vehicle.

You must make sure it works. In the drastic weather if the heater breaks down, one could imagine what deal of inconvenience it would become for the driver.

The quality of glass especially on the windshield should be good. Sometimes, when you defog the windshield, it cracks due to the temperature difference between inside and outside of the vehicle. This could not be a problem for new cars as the advanced technology provides tempered glass but it could become a matter of concern for the old ones.

The engine is the most important part of any vehicle. The car itself is incomplete without an engine. When the engine stops working, so does your car. Just as human heart needs to be healthy for you to live, same goes for the car engine auto parts for its proper working. There are several elements that will need to be looked at for better and proper functionality of the auto engine. Those are as follows: 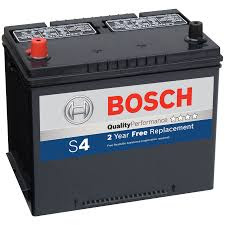 It’s impossible to start a car without a battery. The automotive Battery also manages the electrical system of the car. A shorted out battery will stop electrical systems from running. The colder temperatures tend to slow down the chemical reaction in the battery, thus decreasing the power needed for the car to start. If you have a battery that is three years old then it would be a good idea to replace it.

Motor oil needs to stay in liquid form and able to be pumped into the engine when it starts. So the winter viscosity needs to be appropriate. 5W oil may perform well at low temperatures and helps engine from seizing.
Engine block needs to be heated up by using electric engine block heaters, since it provides heat to the block keeping fuel, oil and coolant at temperatures above freezing. This usually comes as standard or optional equipment on trucks with large diesel engines to keep fuel from gelling.

Diesel fuel because of high viscosity, at low temperatures tend to gel, so there is a heater for fuel tank and fuel lines built in the cars.
Gasoline engines don’t have problems with gelling of fuels. But modern gasoline with ethanol freezes at high temperatures, and water mixed in gasoline may clog auto fuel pump and fuel line.

The car antifreeze system in cooling mechanism may contain water and freeze in the pipes depending upon temperature. Things may become worse if you have water instead of antifreeze in system things. Mostly blow lamps are used to thaw the engine block and fuel lines on the trucks.

When the temperature drops, summer tires tend to slip and provide worse traction than all season or winter tires. Winter tires provide better traction on snow and ice.

If its -25°C temperature, you may find the windows are icing up no matter what you do, you may have to defrost the windshield .These are uncomfortable measures but far better than waiting for the police after you get into accident.
Do not let the gas tank below half full. You may need more fuel than you planned.
So to have a great driving experience this winter without getting stuck somewhere, better have a look at above mentioned elements. If you are thinking to get your accessories changed then don’t forget to visit partsavatar.ca, as they deal in best auto parts across Canada.
By Auto Parts Geek - March 04, 2017
Email ThisBlogThis!Share to TwitterShare to FacebookShare to Pinterest
Labels: aftermarket car parts, antifreeze, auto fuel pump, auto parts, automotive battery, engine auto parts, how to drive in winter, interior auto parts, motor oil, window parts, winter driving