Its time for the Jewish Festival of Lights!! Find out more about rituals, history and Fun facts of Hanukkah day at PartsAvatar!!

In winters, you really need more light than whole year! Don’t worry, as Jewish festival of lights is here for 8 days. Impress your Jewish friends by updating your knowledge about Hanukkah festival. And where will you get it? Of course here!! – Brought to you by PartsAvatar Car Parts. 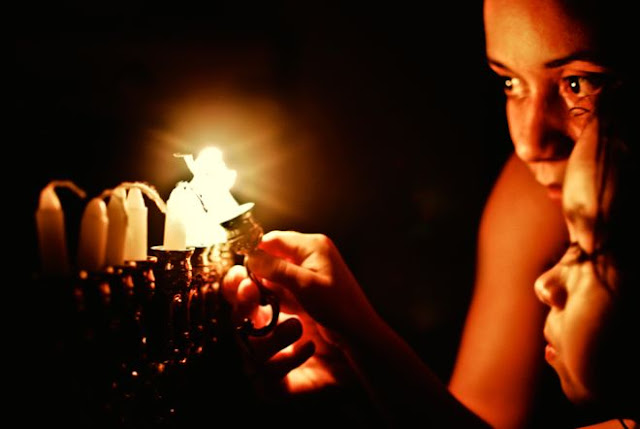 Light is not only part of Diwali rituals and celebrations but it also plays significant role in Hanukkah- the festival of lights. So, if you happen to know Jewish people around you, don’t forget to wish them. Read about this amazing festival ahead.

An eight day celebration, Hanukkah day is observed by Jewish people by lighting one candle on a nine branched menorah each day. Hanukkah marks a remarkable event that took place long ago. Hanukkah commemorates the Jewish people’s successful rebellion against the Syrians in Maccabean War in 162 BCE.

The word Hanukkah in Hebrew means “rededication”. The Jewish rebel army rose against the Greek Syrian dictators in this war. The Jewish rebellion was led by Judah Maccabee. During the time of revolt, practising Judaism was a sin in Jerusalem and pigs were slaughtered in the name of sacrifice.

A ritual cleansing and rededication of temple occurred after their victory over oppressors. Only pure olive oil with the seal of high priest could be used for the Hanukkah i.e. rededication.

It is said that there was only enough consecrated oil to keep the lamp burning for one day but the small bottle miraculously lasted for eight days. This event came to be known as “the miracle of the oil” and is now its rituals are associated with this festival.

Hanukkah is celebrated for eight continuous days between 25th of the month of Kislev to the second day of Tevet according to Hebrew calendar. Candles are lit for eight nights and families eat food cooked with oil and exchange gifts. The menorah was an oil lamp with seven branches and was used in old temples. Nowadays Hanukkiah is used which has nine spots to hold the candles. Many people still address the candlestick holder as Menorah. People recite a blessing when lighting the candles followed by singing of Hanukkah songs.

You have saved enough history in your grey matter. Now it is time for some fun stuff. There are various activities and fun facts about this day that you may or may not know. Take a look!

Dairy Products are popular during Hanukkah!!
It is said that during the Babylon captivity of Jews, the town of bethulia was under siege and were ready to surrender due to lack of water. A young woman called Judith requested a meeting with top general Assyrian holofernes.

She entered holofernes camp and fed him salty cheese so that he would become thirsty and will fall asleep after drinking wine.

She then took chance and killed him. The Syrians fled from Israel because there leader was killed. Judith decided to remain unmarried and Jews in honour of her purity and bravery eat dairy products during Hanukkah.

Celebrating with the driedel game! The driedel is a four sided top with a letter from Hebrew alphabet on each side. This game is often played during Hanukkah and everyone is given gelt, which can be a real coin or gold wrapped chocolate coins. Win or lose is decided depending on what side the dreidel lands.

Driedel has its roots from Greek Syrian rule over holy land. Learning Torah and practising Judaism was a crime punishable by death. So Jewish children were forced to study in secret. 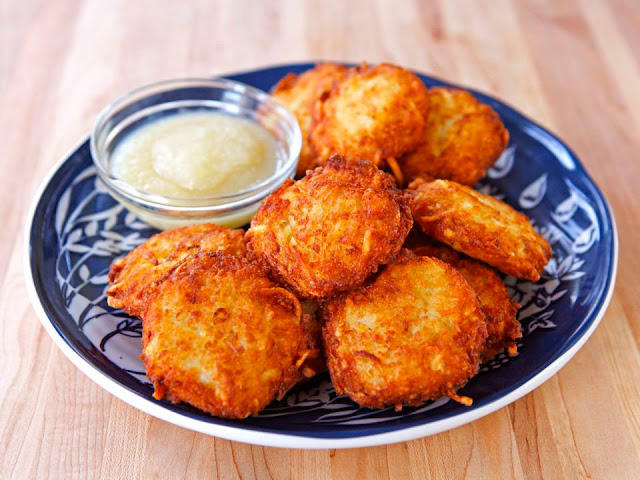 It’s time to eat. Many traditional dishes are served using lots of oil. Latke or potato pancakes are popular in Jewish household during Hanukkah days. Latkes are fried and served with apple sauce or sour cream. In terms of desserts, don’t forget jelly doughnut or sufganiot.

In North America, where olive oil was scarce, goose or chicken fat was often used for frying so latkes, apple fritters and non dairy food became the norm.

Adam Sandler dedicated a song to Hanukkah!
In 1994, famous Jewish comedian Adam Sandler performed “The Chanukah song” a novelty ditty which deals with the issues of Jewish children feeling alienated during Christmas. It’s a Must watch because he lists Jewish celebs as a way of sympathizing with kid’s situation.

There are certain things you should refrain from saying it to the Jewish people during Chanukah.

Things not to say to a Jewish person around Christmas!
“Why isn’t Chanukah on same day each year?” Chanukah follows the Jewish calendar which is 13 months long and starts on Jewish New Year also called Rosh Hashanah.

“I don’t know how to greet people during Hanukkah”. Well if you want to greet someone you can say “Happy Chanukah/Hanukkah”.

“I know someone else who celebrates Hanukkah. Do you know Rob?” Jew population may be scarce in some areas but they don’t belong to same tribe always. So, they don’t care to know each other often.

“Is Hanukkah, Jewish Christmas?” Now this is truly offensive question. Well, as you know Hanukkah’s history so it has nothing to do with Christmas.

Taking your leave with the phrase” Merry Christmas”. Well, it often create religious controversies and is another indicator that majority is of Christians though many other communities now add to North American population.

“Don’t you want to celebrate Christmas?” Christmas and Hanukkah come in the same time so it might be difficult for Jewish people to navigate. So you can politely ask what traditions are upheld and leave it at that.

“Don’t you believe in Santa Claus?” No, they don’t need to, do they?

Even if you dint grow up in a typical Jewish household, these facts are enough for you to impress your friend and his/her Jewish family. Happy Hanukkah day from PartsAvatar Canada and enjoy the festival of lights with zeal.
By Auto Parts Geek - December 10, 2017
Email ThisBlogThis!Share to TwitterShare to FacebookShare to Pinterest
Labels: high quality auto parts