Halloween fun is soon to begin. Hope your day is awesome and full of great treats. Have a bewitching night and a very happy Halloween.


The History of Halloween
The festival of Halloween is celebrated at the end of the harvest season in Gaelic culture. It is the time of Samhain in which the ancient pagans take the stock of supplies and prepare for winters. At that time they asked the priests to pray for them as well as their family as they faced the coming dark days of winter. It is believed by the ancient Gaels that on 31st October the boundaries between the worlds of the living and dead would overlap and the ones which have been deceased would come back to life. This would cause havoc like sickness or can even cause damage to the crops. 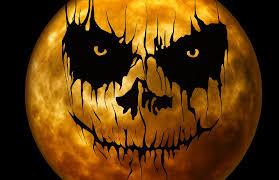 It is also believed that on 31st October the boundaries between the worlds of living and dead were at the thinnest. Due to the overlapping of both the worlds, the deceased could come back to their life once again. At the same time they would cause great havoc like playing tricks or can even cause harm like spreading sickness or can even damage crops.
To mimic the evil spirits, masks and costumes are worn by the children. 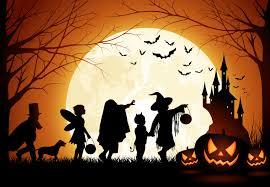 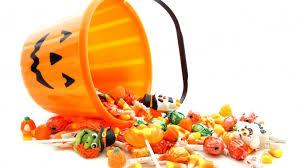 Where does Trick or Treating come from?
One of the main traditions of Halloween is Trick-or-treating. It is an activity for small children in which they proceed from one house to another in costumes. The children ask for treats with the question, “Trick or Treat?” The “trick” part from the trick or treat is basically a threat to play a trick on the home owner or on some part of his property if they refuse to give them the treat. If has been accepted that if a person lives in a neighbourhood with children, then they must purchase treats well in advance for trick or treaters. 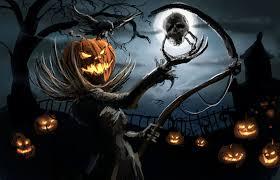 With the passage of time, the history of Halloween has evolved. It is really very popular in United States. This festival of Halloween is celebrated in many countries like the United Kingdom, Ireland, Canada and is also emerging in many other countries as well. The influence of the American culture has increased a lot in the recent years and that’s why trick or treating has started to occur among children in many parts of Europe. The most significant growth is noted in the United Kingdom for the celebration of Halloween. But at the same time it is facing a rising controversy where the police have threatened to prosecute the parents of the children who carry out the “trick” part. Various parts in continental Europe view Halloween with more scepticism, destructive and illegal tricks and police warnings have raised more suspicion about this game as well as Halloween in general.
Halloween Costumes
The Halloween costumes play a very vital role and that’s why no story on the history of Halloween is complete without mentioning the costumes. The practice of dressing up in costumes and begging from one door to another for treats originated in the Middle Ages and includes Christmas wassailing. In the late medieval times, the people practiced “souling” in which the poor people would from one door to another to beg for food and in return they used to pray for the dead on All Souls Day. It was first originated in Ireland and Britain and then later followed by Italy. 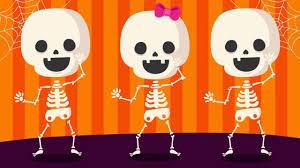 Halloween around the World
The Day of the dead celebrations is very similar to Halloween. The history of Halloween has evolved in a lot many ways across various cultures. The people dress up in attractive costumes and there are skeletons and skeletons everywhere. The best part is that special sweet treats and candies are given to small children. People spend most of their time in graveyards and death imagery is everywhere. 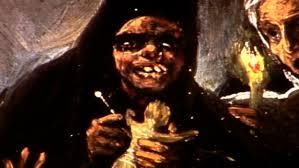 There is a difference between the holidays that promote the fear of dead and the holidays which celebrate the dead. This holiday is all about honouring the dead. In this the people honour their ancestors and loved ones who are no more and try to invite those spirits back into their homes so that they can be a part of the family once more. It is basically celebrated to pay respect to those who have passed away on to the land of the dead.
If you are willing to change your car parts all by yourself and want to buy new ones, then all you have to do is to visit our online auto parts store - https://partsavatar.ca/. We care for our customers and that’s why we offer the best quality of products at affordable prices.