Spending Victoria Day weekend holed up at home? Did you know there’s a Speed Fest with Amazing Car Races coming fast! ~ Brought to you by PartsAvatar Car parts!! 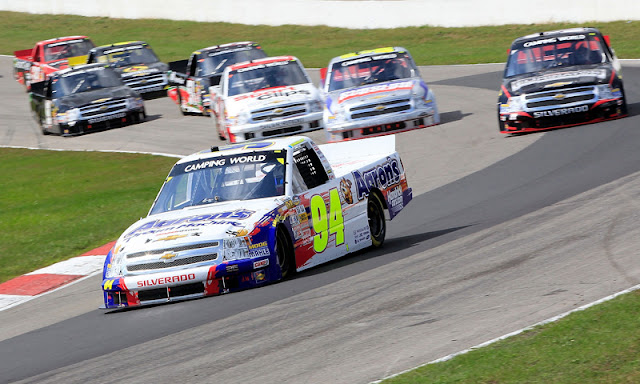 See you later spring! Summer unofficially arrives during Victoria Day weekend. Are you cottage bound? Where do you plan to go if not? Crowd pleasing Car racing and much more fun is waiting for you. This Victoria weekend, give yourself a chance to cheer among the crowd for those amazing zooming cars in the race track.

So, if you want some speedy adventure, then Canadian Tire motorsport Park fulfills your need for speed with its jam packed schedule NASCAR, Trans-Am, Porsche Gt3 and Canadian supercar races from May 19 to May 21 in Ontario. Roll up your RV for a trackside camping experience or purchase a single day admission.

Victoria Day is a federal Canadian public holiday celebrated on the last Monday before May 25 in honour of Queen Victoria’s birthday.

Major Highlights of Castrol Victoria Day Speed Fest
CTMP is the leading racing performance facility in Canada and is suitable for most any occasion. The Track was founded in 1961. Since then it has welcomed many international racing series to its facility.

The green flag is set to wave at the event that marks the unofficial start to summer at CTMP. Castrol’s Victoria day speed fest will once again kick off Canadian racing season with the ground pounding roar of the stock cars of NASCAR Pinty’s series competing in the Can –Am 200 as well as all classes of the Pirelli World Challenge championship including the series high octane GT super cars.

About 25000 Motorsport race fans are expected to witness the battle for gold and glory at Canadian Tire Motorsport Park on the may long weekend.

Most practice and qualifying sessions will be held on Friday, May 19 while the racing action will take place on Saturday and Sunday.

The weekend’s main attraction is on track racing action but there are plenty of other things for you to see and do as well. Race fans and families are invited to attend the event and there’s plenty for all to see and do off track, with the family friendly tire action zone that contains play area, face painting hockey shoot out zone, Toronto Maple Leafs Locker room trailer, casting pond and live music. There would also be a CTMP market place which will feature Chevrolet race face and Hydro one’s electricity discovery centre, CTMP Merchandise trailer and Driver autograph session.

You will have most success collecting autographs if you follow the proper etiquette: go to the team’s transporter and ask one of the crew members what would be good time to get an autograph. All the team transporters, cars, crews and drivers are based at Team Paddock area and access to the paddock is included with every ticket purchase.
A special weekend highlight is Victoria Day firework display, which will light up the sky on Saturday evening. This show embarks the spectacular celebration for the first long weekend of the summer.

For more information on Ticket purchase, visit www.canadiantiremotorsportpark.com or email at info@ctmpark.com .

Bower, nicknamed as China Wall because of his unrelenting approach to protecting the net, was recently included in list of Top 100 players of all time of National hockey league. Bower won four Stanley cup championships and two vezina trophies in his 12 year long career as goalie. Bower was inducted into Hockey’s hall of fame in 1976.
Bower is scheduled to be at CTMP Sunday May 21 to give the “Drivers start your engine” command for Can-Am 200. He will also be attending Fan meeting and greet events prior to the race.

Don’t miss it! It is what Canadians wait for whole year!
There’s a lot of excitement among Canadian fans around the series. Tens of thousands of people are expected to attend the speed fest this Victoria Day weekend. Race fans also have an option of camping only meters away from the track.

According to Ryan Chalmers, CTMP communication and promotions manager, it is expected to be a dual headline event of this year. “The track is one of the real old school tracks and they certainly don’t build them like this anymore. The drivers absolutely love to come here. The excitement produced from the races is a result of track’s design. It’s a mix of everything.” says Chalmers. 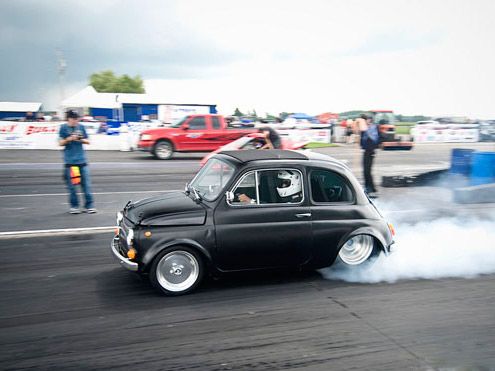 Those who are avid fan of drag racing then Toronto motorsport Park presents Victoria Day Weekend drag event in Ontario on May 19- 21. The event will feature side by side 300 MPH Jet Dragster’s featuring Ontario’s own Northern warrior. Top alcohol funny cars will also return for the sixth straight year at the season opener bringing wild performances at 250 MPH speed.

The show will be complimented by competition in the race Cayuga sportsman series and Can-Am stock/ Super stock series. Note that children under 12 and under are free with adult.

The ultimate showdown racing will be on hand showcasing the wild 250 MPH pro modified division as well as the competition in the always exciting Top Dragster and Top Sportsman categories.

Bottom-line
Don’t miss the fun and adventure of this festival! If you want something new, then go for it! There also going to be plenty of other stuff for your fun !Come out and it’s better to be a part of cheering crowd rather cottage bound.

Victoria Day has always been a popular, traditional event at the track. The Sport racing lovers always wait for these events to come every year on Victoria Day weekend.